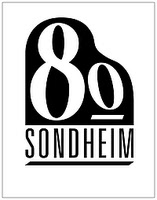 “Good things get better, bad get worse. Wait, I think I meant that in reverse”

Last up in the programme of Stephen Sondheim celebration events from the Donmar Warehouse was a concert version of their 1995 production of Company. As with Merrily We Roll Along, last week’s offering, this show features music and lyrics by Sondheim and a book by George Furth with astonishingly bright musical direction from Gareth Valentine, but directed this time by Jamie Lloyd.

The show centres around Bobby, a single man struggling to deal with the realities of adult relationships, and the people around him, his three girlfriends and the five married couples who are his best friends. The show is presented as a set of short vignettes randomly scattered around Bobby’s 35th birthday rather than a linear plot which meant this performance didn’t really come across too well in the concert format especially compared to Merrily… Also, with a much larger cast or rather a greater division of songs amongst the cast, it did mean that there was some considerable variation in the performance level as opposed to the solidity provided by the leads last week.

I have to admit to not being massively impressed by Adrian Lester as the central Robert, he just didn’t convince for me for whatever reason, though this didn’t seem to affect anyone else as the tears were definitely flowing as he reached the end of ‘Being Alive’. Haydn Gwynne impressed as Joanne, Sophie Thompson’s Amy was a whirlwind of overacting but delivered the incredibly verbose ‘Not Getting Married’ well, but it was Anna Francolini who impressed me the most, not least because she has worked so incredibly hard over the last couple of weeks participating in the two Merrily… shows last week as well as these two and playing eight shows a week in Onassis: the woman deserves a medal!

I lost my programme somewhere on the way out, so I can’t be 100% sure of this but I think there were eight returning cast members from fourteen but I do recall that sadly, these shows were dedicated to the memory of Sheila Gish, the original Joanne, who passed away from cancer in 2005. All in all, Mr Sondheim ought to be rather impressed at the way in which London has celebrated his 80th birthday with huge gusto and a wave of productions all year long. I think I am thoroughly Sondheimed out now though, I was so very underwhelmed by Passion and despite the amazing casts for both these concerts and being truly grateful for the opportunity to hear some wonderful people sing, these events really were for the bona fide Sondheim cognoscenti rather than the casual observer.