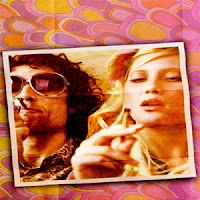 After taking the soon-to-be-renamed-Dorfman Cottesloe at the National Theatre by storm this summer, Mike Bartlett has another new play in theatres, Love Love Love. A co-production between Paines Plough and the Drum Theatre Plymouth, it is currently touring smaller spaces in some of the country’s top regional theatres: I saw it in what marked my first visit to The Studio at Manchester’s Royal Exchange.

Three acts, set in 1967, 1990 and 2011, take us through a relationship born in the heady world of the baby boomers ready to change the world, to their struggle to deal with the mundane responsibilities of middle-aged family life, through to the oblivious contentment of retirement. Bartlett’s sharp eye is focused here on responsibility, both social and personal, ultimately pitting generations against each other as today’s have-nots place the blame for the state of the world today on their predecessors’ shoulders, as an unfulfilled daughter rails about unfairness against her parents.

Kenneth and Sandra are the central couple whose single-minded approach to life and the pursuit of individual happiness is played out with a forthright directness which takes no prisoners at all, crushing the possibilities of even those closest to them. Whether it is their children or Kenneth’s brother, no one is allowed to stand in the way of what they want with darkly comic, and often devastating, effects.

John Heffernan is phenomenal as Kenneth with a remarkably subtle performance; from his scruffy bare-chested student making off with his brother’s girl to his sharp-suited but crumpled businessman to his mellow linen-trousered retirement, there’s a geniality to his portrayal even in the most selfish moments, a slight look of the haunted about him as if he knows the damage he is doing but can’t help himself. Daniela Denby-Ashe’s more self-obsessed Sandra though has no such compunction, barreling through life taking what she wants, swigging wine from the bottle and it is great fun. Denby-Ashe gets many of the best lines but delivers them so well with a most assured performance, always keeping Sandra a morbidly fascinating character.

As their children, Rosie Wyatt is given the pick of the supporting characters with her tortured teenager moving into disillusioned adulthood with accomplished ease and James Barrett’s Jamie is moving in near-wordlessly depicting the impact of events on him. Simon Darwen’s Henry, Kenneth’s brother, is delightful: a great counterpoint to Kenneth, harking back to their parents’ generation despite only being 4 years older and it is probably the play’s main (possibly only) weakness that his character disappears unsatisfactorily after Act 1, garnering only two mentions in passing later on.

Lucy Osborne’s design is ingeniously executed given the requirement to cover three distinct time periods, budgetary constraints and that this is a touring show: lots of nice period detailing (I loved the proper 90s hi-fi) and judicious use of costume design too. Seeing Love Love Love makes me really wish I could watch Earthquakes in London again to reassess it in the light of Bartlett’s body of work and to compare the two more directly: I feel like this is a much more devastatingly effective indictment of the baby boomers as it is a more tightly focused work, but it also benefits from giving a compelling voice to that generation, allowing them to damn the sense of entitlement that has provoked so much of this outrage.

Bartlett’s ear for dialogue remains sharp and true and as deliciously witty as ever but where this play is particularly strong is in its impeccable character work, tracing the developments in personality over time, over 40 years in some cases, showing the changes and the similarities, the subtle and the obvious, in a completely believable way. And in tackling his subject matter with such acuity and making it so powerfully relevant, Mike Bartlett continues to be one of the most exciting playwrights in the country.