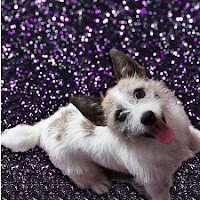 Opting for farce for their festive fare this year, Richmond’s Orange Tree Theatre is mounting a production of Once Bitten, by Alfred Hennequin & Alfred Delacour. Focusing on the trials and tribulations of would-be lawyer Fauvinard who, when he receives his first case, a woman who wants a divorce but no scandal, has to fit work into his busy schedule of philandering with his mistress. But things are rarely that easy as he has a household of eccentrics to deal with, a highly mistrusting mother-in-law, a narcoleptic uncle, a dippy maid plus his lawyer friend who also needs help in disguising his own infidelities. But when the mysterious Veauradieux case with its missing jewellery and inquisitive policemen threatens to envelop and expose everyone, including the mistresses. Oh, and there’s a dog…

As ever, there’s a multitude of misunderstandings, mistaken identities and mayhem as this group of people all try to achieve their own objectives as they all get further entangled in this mesh of surreal madness over a 24 hour period. Translated and adapted here by Reggie Oliver, it observes the three act format familiar to fans of Feydeau (indeed A Flea In Her Ear observes an almost identical set-up), setting up and starting the action in Fauvinard’s study in 1875 Paris and returning there for the climactic act, and placing the second act in the apartment of the one of the mistresses, an altogether more permissive venue where much of the outrageousness occurs. And it is all rather well done.

As the central Fauvinard, David Antrobus kept a firm hand on proceedings, never sacrificing clarity for humour and keeping his lawyer enough of a nice gentleman that we actually care what happens to him and his marriage (despite his wife Angele being written as a complete drip). And as the constant thorn in his side, Briony McRoberts’ mother-in-law is a shrill, nosy delight. Michael Kirk’s Napoleonic Commissioner of Police made a great impression with his short scene including a brilliantly-executed twist on adding insult to injury, but I also enjoyed Amy Neilson Smith’s hapless maid, Mark Frost’s handsome bearded Tardivaut and Richard Durden’s doddery Gatinet, falling asleep every time he sits down.

The cast are ably assisted by a production assistant who provides sound effects throughout the show, including countless doors closing (this is a farce after all) which deals neatly with staging such a play in the round. And Sam Dowson’s design works well in the limited space, allowing enough of the furniture needed for various characters to hide in, behind or under.

As is usually the case with farce, there is little here by the way of sophisticated or relevant humour, no matter now intricately plotted the machinations of these characters are, a man falling asleep every time he sits down is just a man who falls asleep every time he sits down after all. But what we do have is a translation with a keen ear for wry humour, a company clearly on top of their material and enjoying themselves and a second act which takes a surprisingly unexpected and most welcome darkly comic turn: an altogether much better representation of the genre than can currently be seen at the Old Vic.