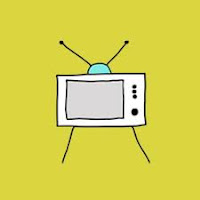 “Oh, my opinions are only worth hearing if I’m ‘someone’?”

Simon Block’s A Place at the Table first played London at the Bush Theatre in 2000, but is only receiving its first revival in the capital now with this production by Signal Theatre Company at the Tristan Bates Theatre near Cambridge Circus. Adam is a playwright who is highly excited when a meeting is set up with a television executive to discuss options for his latest play. But what editor Sarah has in mind is a boundary-pushing, and possibly taste-defying, leap which will put the disability of its lead character at the centre of the situation comedy she is proposing. Adam’s own disability factors into his decision-making in unexpected ways as the general insanity of the television industry swirls around him, threatening to swallow him whole.

There’s a great deal of sharp wit contained in here. Block has a riotous way of skewering the pretension of so much of the media-speak that trips off the tongues of the fiercely ambitious TV types as they circle Adam – best exemplified by the amusing redefinition of ‘broad’casting and the gag about the mooted title for a gay charity shop sitcom ‘Charity begins at homo’. But he does tend to rely a bit too much on this as a default mode for the play: a considerable proportion of the dialogue exists at this level which is ultimately quite distracting in its verbosity – yet managing to say precious little – and furthermore in its repetition, it also loses some of its impact as the show progresses.

Likewise, the more serious vein of the writing, of the conflict between creating something with artistic integrity and making television that sells, of pressures felt by television producers to try and second-guess the next big success as network bigwigs breathe down their necks, suggests an interesting premise which the playwright never really fully brings to fruition. Instead the focus is shared (a little too much) with the hypocrisy of the industry and the fluidity of employment within it – areas where little new insight is really provided.

What did work for me though was the way in which the issue of disability was variously touched on: whether through the inarticulacy of so many in simply talking to a disabled person, the positioning of accessible toilets, the preconceptions and perceptions carried heavily by those who are somehow different. Particularly pertinent was the issue of labelling – Adam brings along cuttings of his reviews, all of which cite his disability when what he longs for is to be seen as just a writer rather than a ‘wheelchair-bound writer’. Balancing this desire with the potential of exploiting one’s handicap is an issue that many disabled people face – when applying for some jobs, one can tick a form and be guaranteed an interview but the price paid is the knowledge of never knowing if one quite got their on one’s own merits.

I liked the ambiguity with which Block plays with here, Adam flip-flops on the issue which may seem contrary, but to me it felt true to life – it’s a dilemma which has no easy answer and no firm one either. Christopher Tester does well to give this complexity a strong believability as Adam, a man dealing with his own prejudices as much as those of those around him. And Kellie Batchelor is very strong as Sarah, the TV exec who is carrying out her own balancing act of integrity and ambition and frequently keeping us guessing as to which will be the winner.

Ultimately, there is a sense of imbalance about A Place at the Table, a wobbly leg if you like. The challenges contained in the play itself are not really met by this production, in fact though I’m not sure if they could be. But where the writing does connect with the more interesting slice on the subject matter, there’s some incisive probes into the complexities of living with a disability and just what the role of television is in our cultural lives.